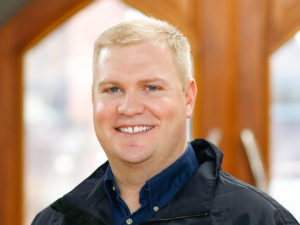 HGC is excited to announce the promotion of Jake Suer, PE, to the role of Project Executive. Jake has been with HGC for nearly five years. In that time, he has delivered outstanding results for clients, partners, and the teams he has worked on. He is currently working on The Ingalls Building and the Fidelity renovation in Norwood.

“Jake is a great combination of a technical mind and interpersonal skills,” says Vice President of HGC Adam Kuehne. “His passion for working with people and delivering projects under tight schedules has been critical to our growth over the past few years. We’re excited to see him build a strong team of his own.”

Jake joined HGC as a Project Manager in 2016. He was drawn to work with HGC based on the breadth of projects spanning a variety of industries.

As Project Manager, Jake was instrumental in completing multiple high-profile projects across the very variety of markets that drew him to the role. These projects have included:

As a testament to Suer’s leadership, his projects have received awards of excellence. The Strietmann Center earned the 2017 Cincinnati Preservation Association Rehabilitation Award. The Seven Hills School Schiff Center recently achieved the Award of Excellence in Construction from ABC Ohio Valley Chapter.

Robert W. Horne, Director of Finance and Operations at The Seven Hills School, described Jake as “dependable, consistent, professional and always focused on that which serves the best interest of the School.”

Want to work with great people like Jake? Check out our job opportunities. Join a company that builds community, builds relationships, and builds each other. Join HGC and Build Every Day.