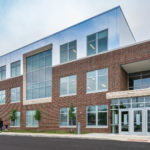 Deer Park Community City School District had outgrown their elementary school buildings. In 2016, they passed a levy to renovate and place an addition onto Amity Elementary, bringing the K-6 facility into the 21st century. HGC Construction worked closely with SHP Leading Design and the Board of Education to meet the needs of the community, including making sure that the school remained open throughout the project and that it was completed on time for the first day of the 2018-2019 school year.

The project included classroom renovations, updating entrances and elevators to be ADA compliant, a brand-new addition including gym, stage, administrative offices, and classrooms, and a new and safe front entrance on the side of the school.

The renovation in the existing building involved a large-scale gutting at the end of the 2017-2018 school year.  HGC installed new electric, plumbing, and HVAC, as well as new drywall and paint throughout the building. One of the biggest overhauls happened in the cafeteria. New piping and walls were added to the cafeteria, a new concrete floor was poured, and a new roof was installed overhead.

This project had a 55 day schedule, and more than 20 of those were lost due to “unforeseens” including asbestos, lead, and rain. Thanks to the partnership of the design team, the school and the community, as well as the field crew’s dedication and hard work (and a lot of early mornings and late night hours), the project was still completed under budget and on schedule.

The project was recognized with an Award of Excellence at the 2019 ABC Ohio Valley Chapter Excellence in Construction Awards. 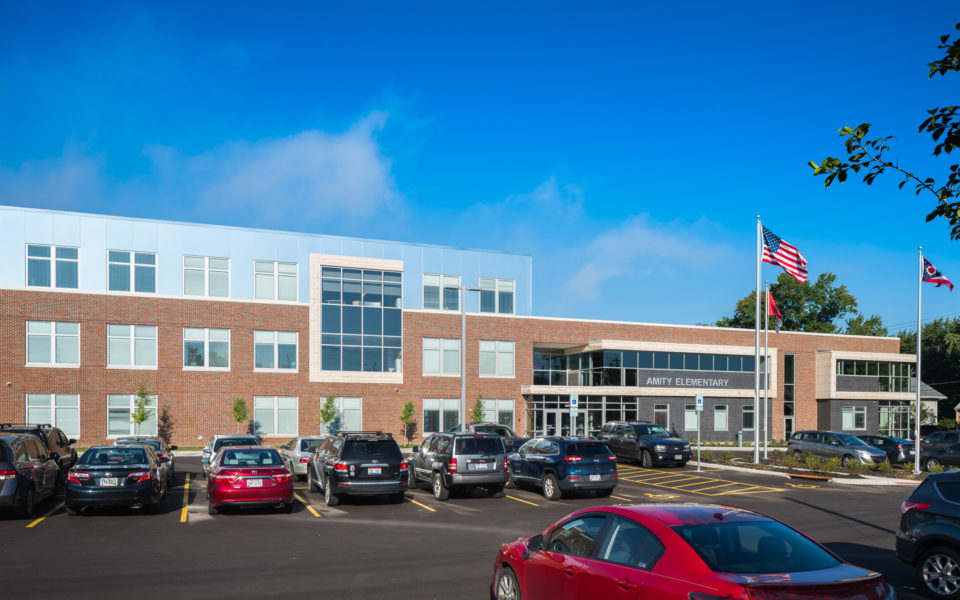 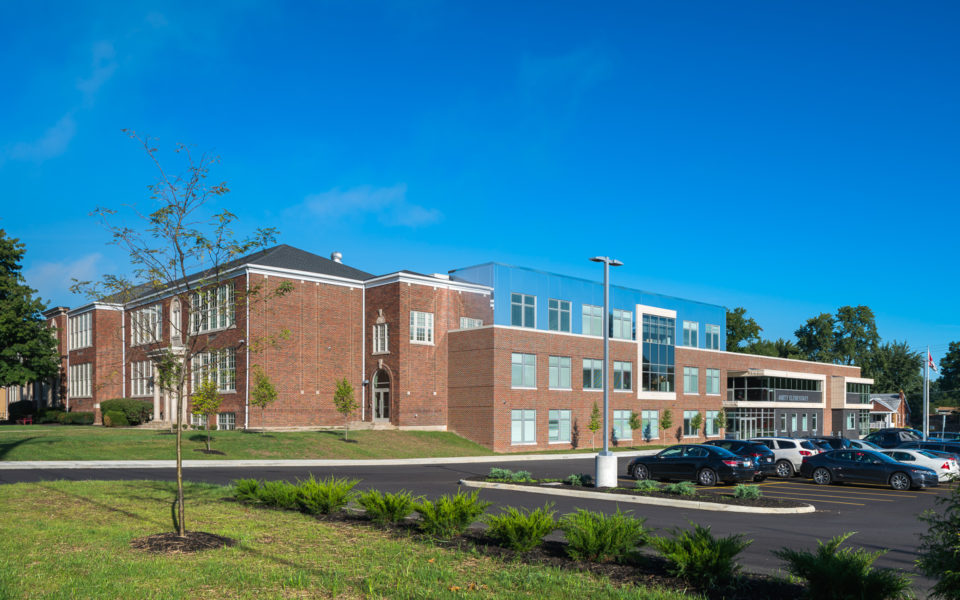 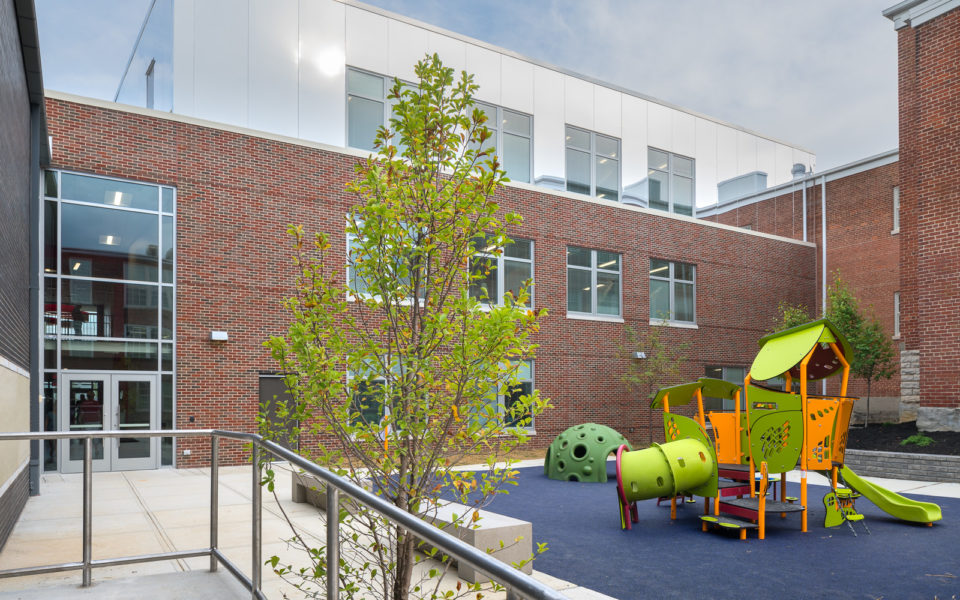 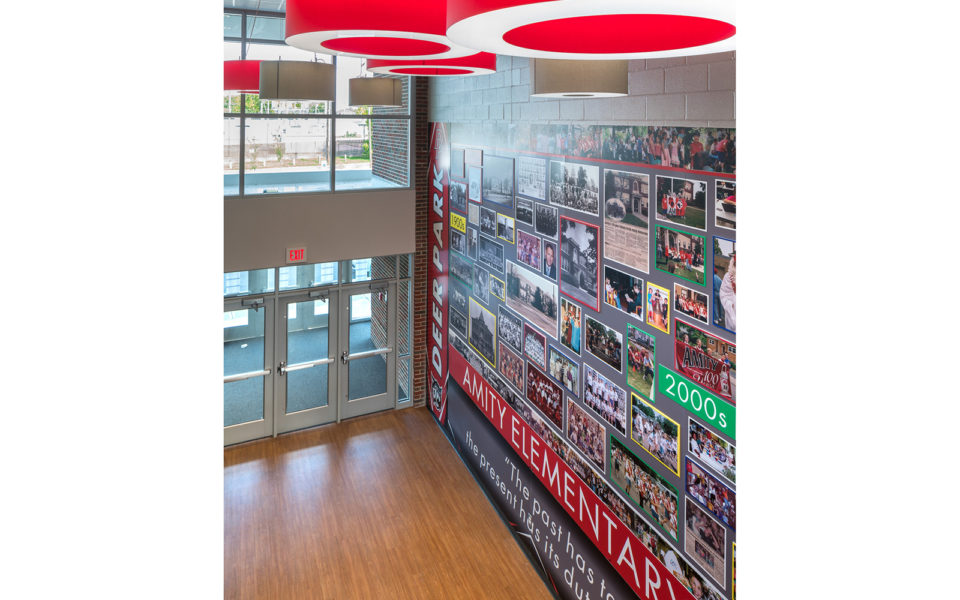 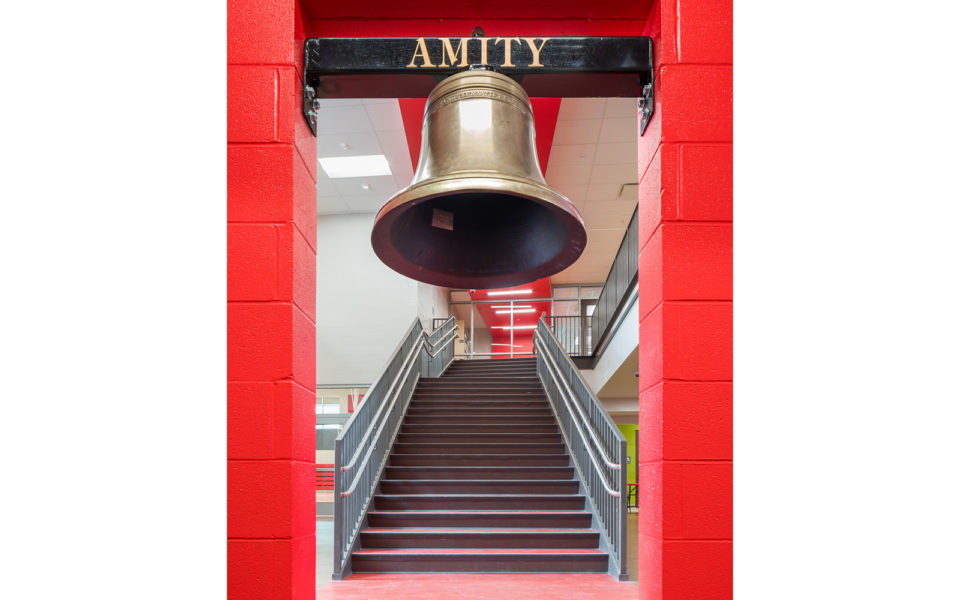 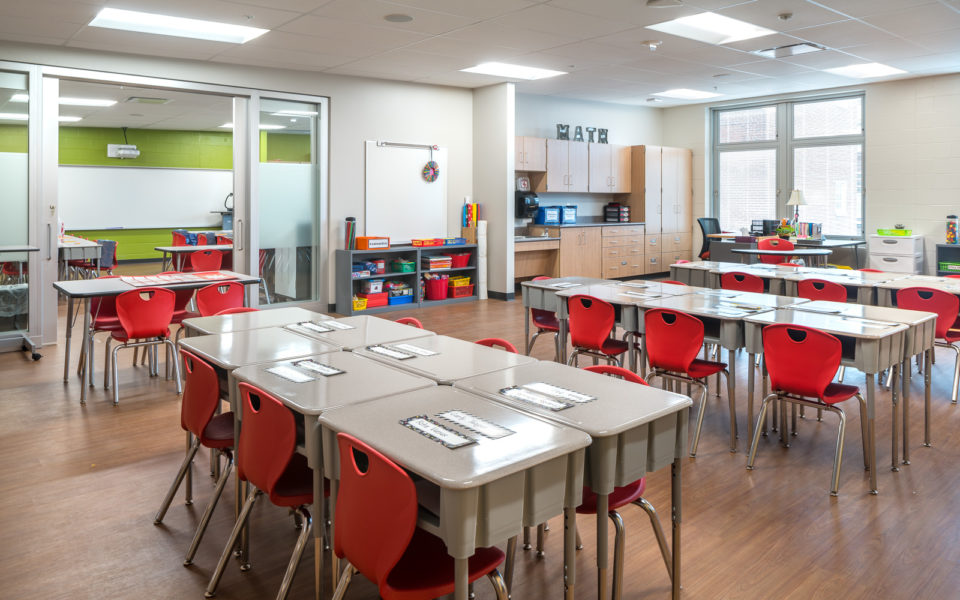 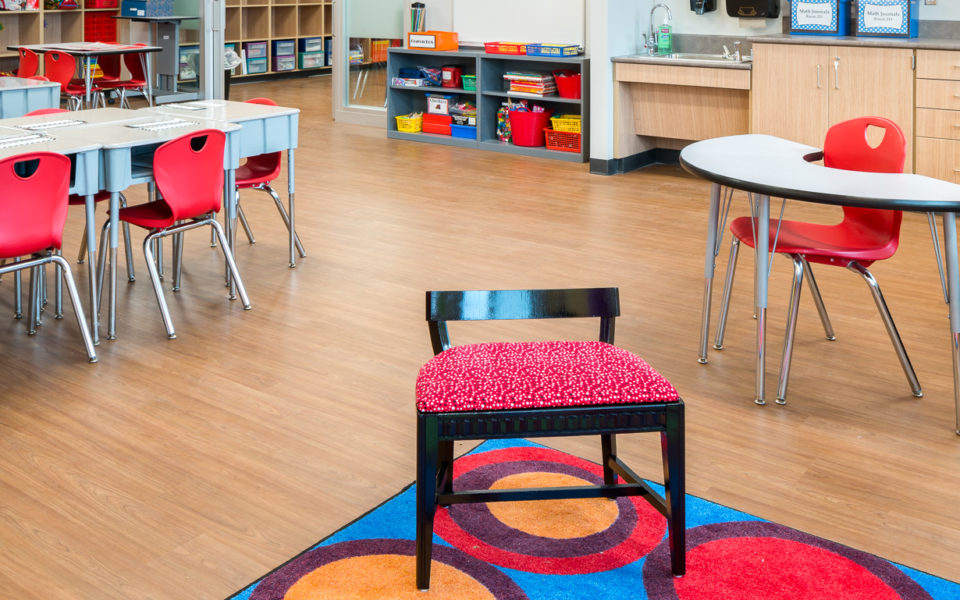 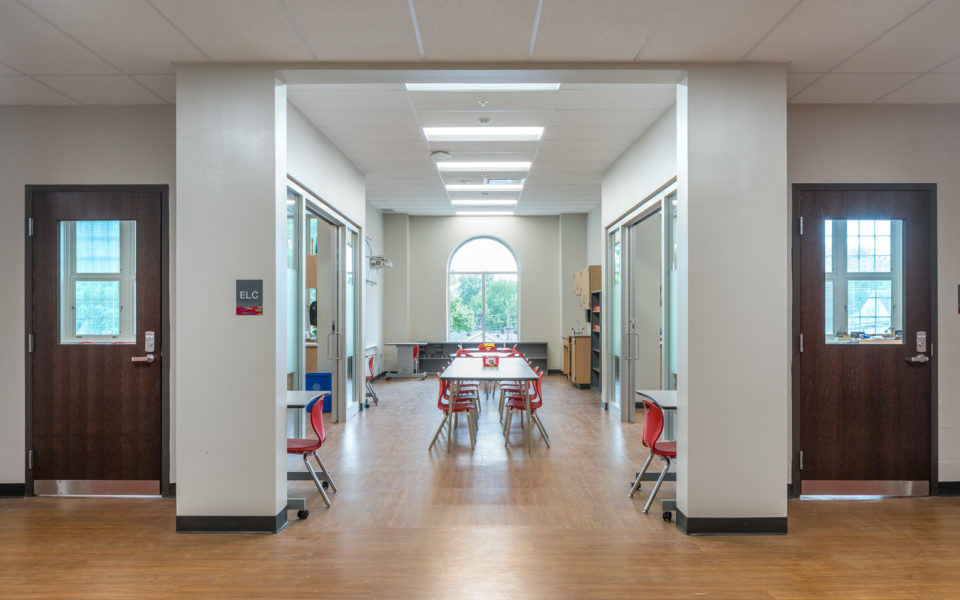 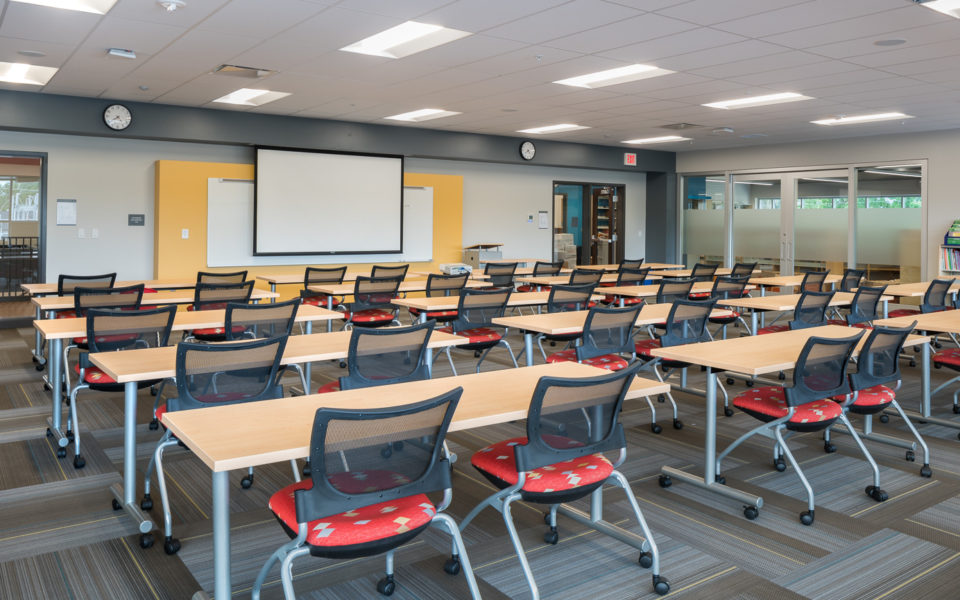 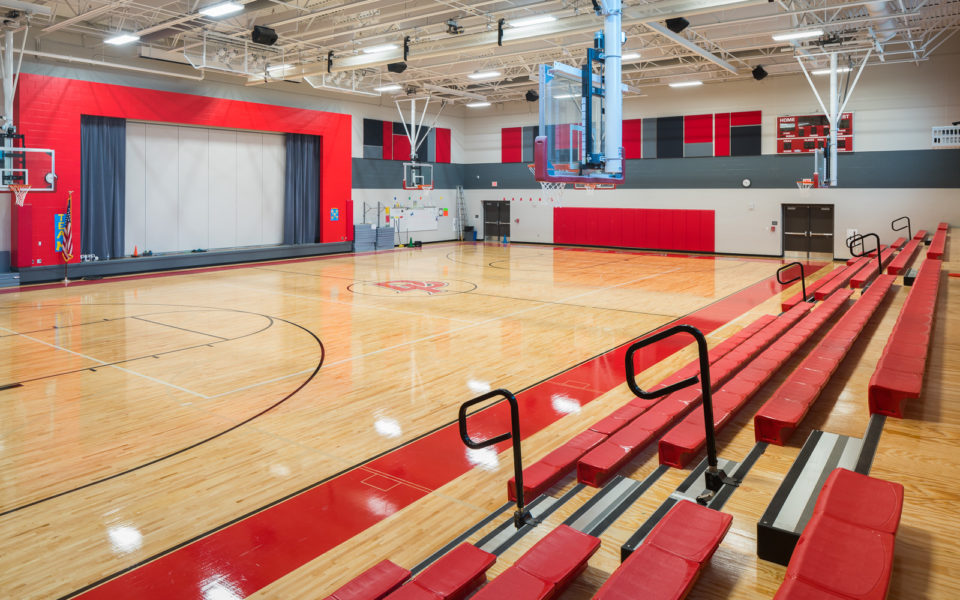 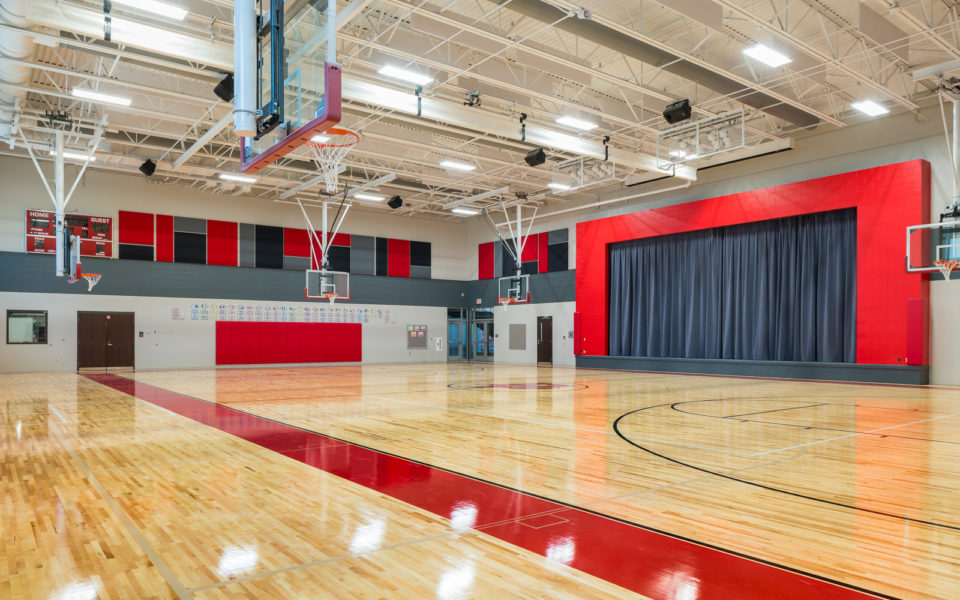 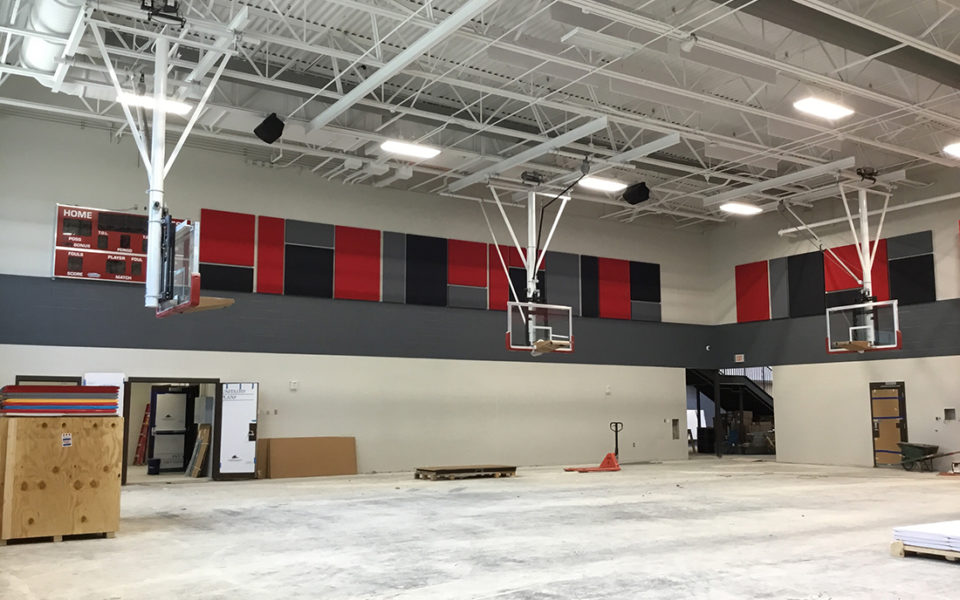 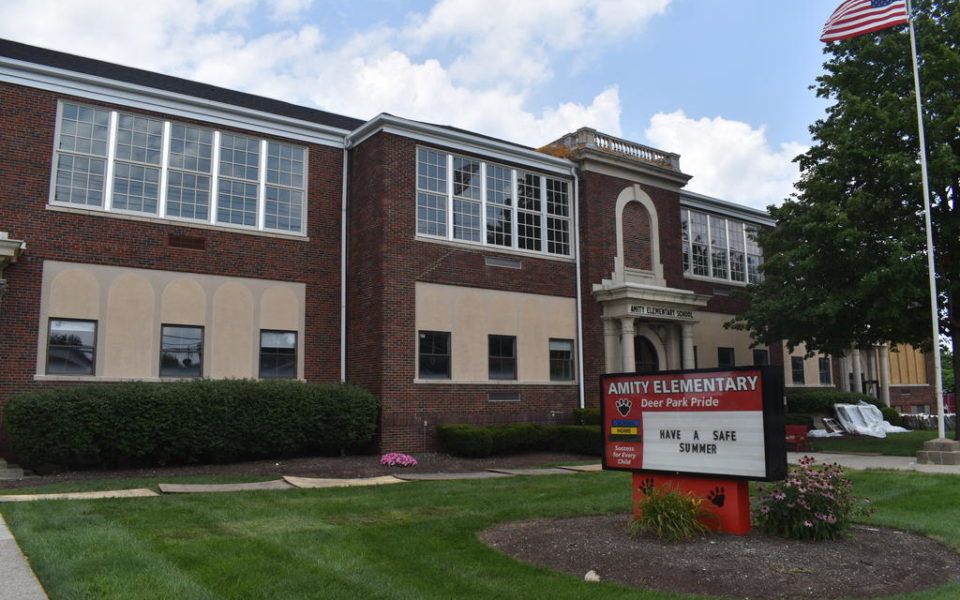 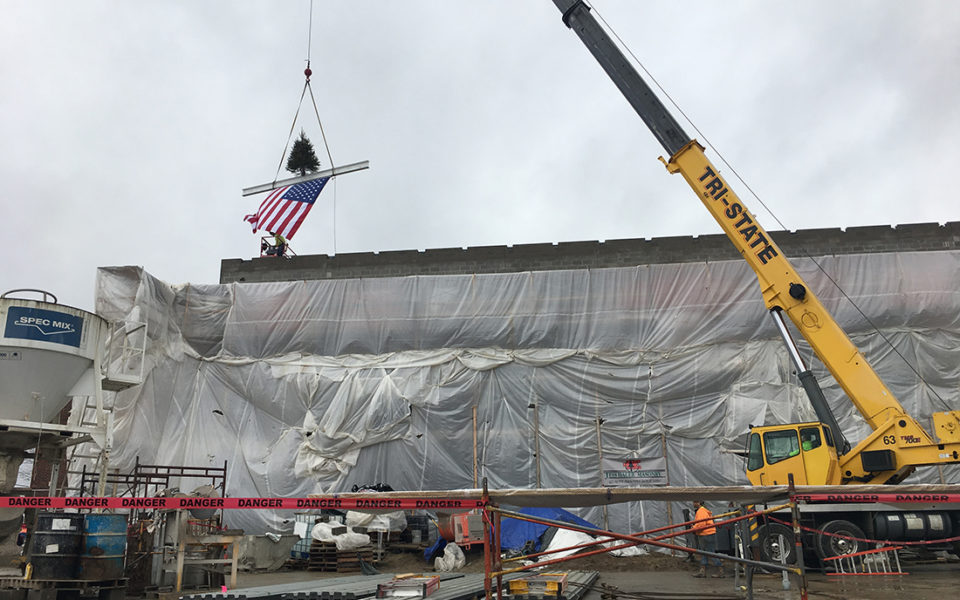 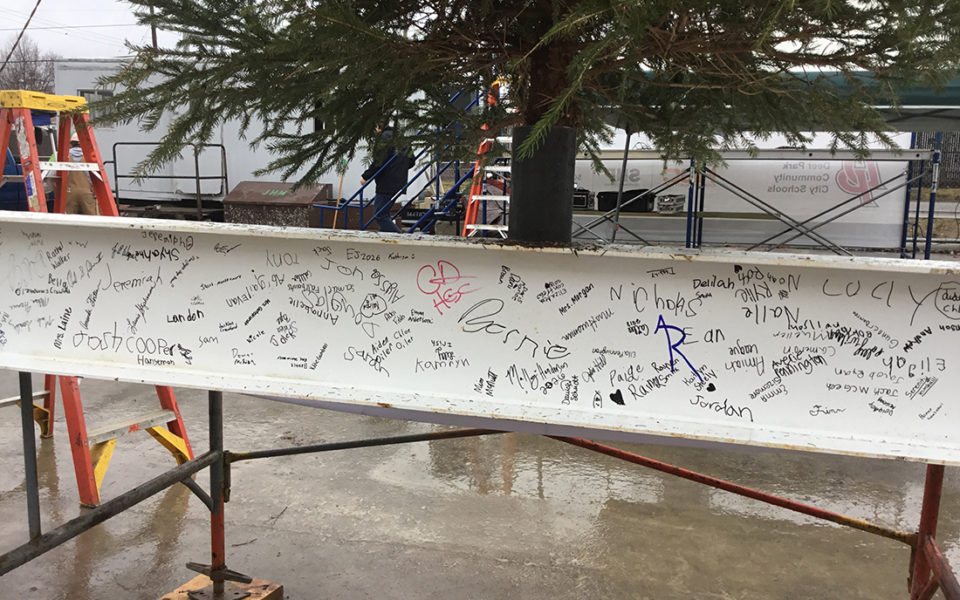 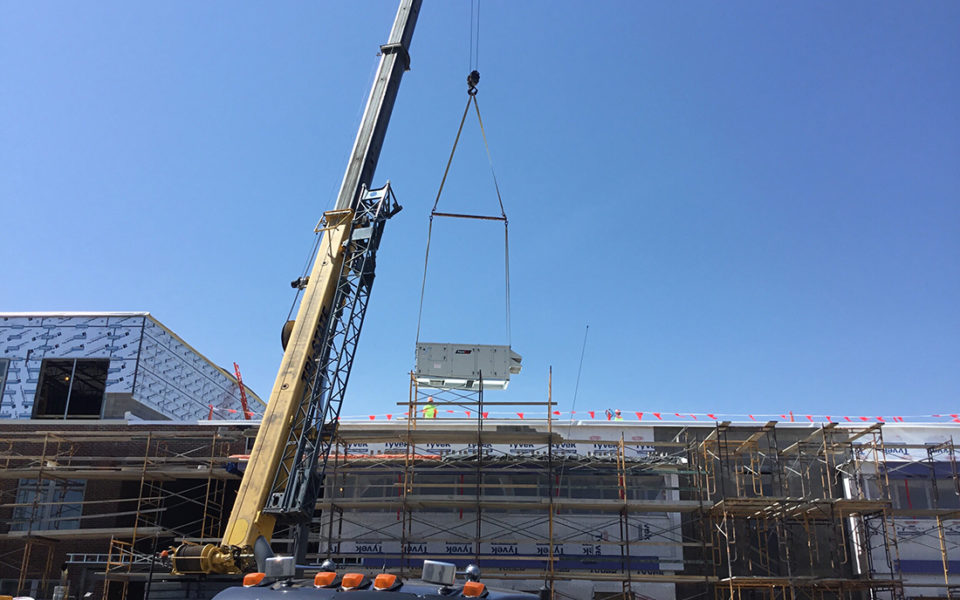 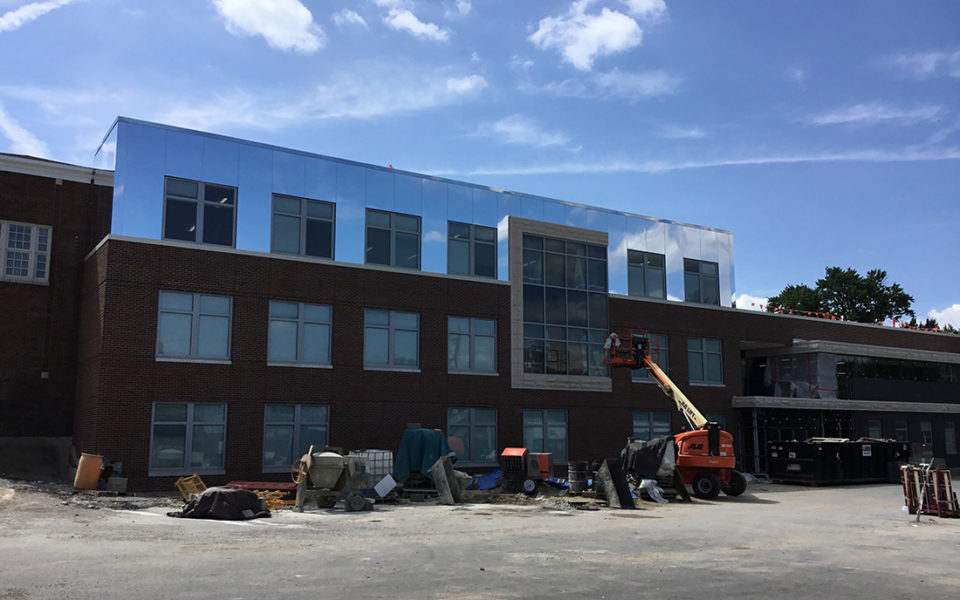 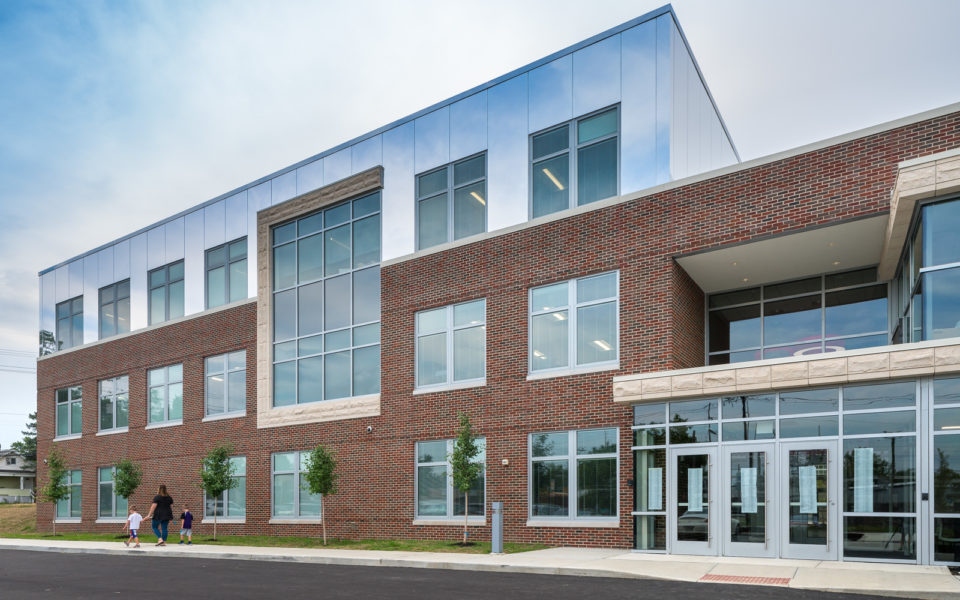 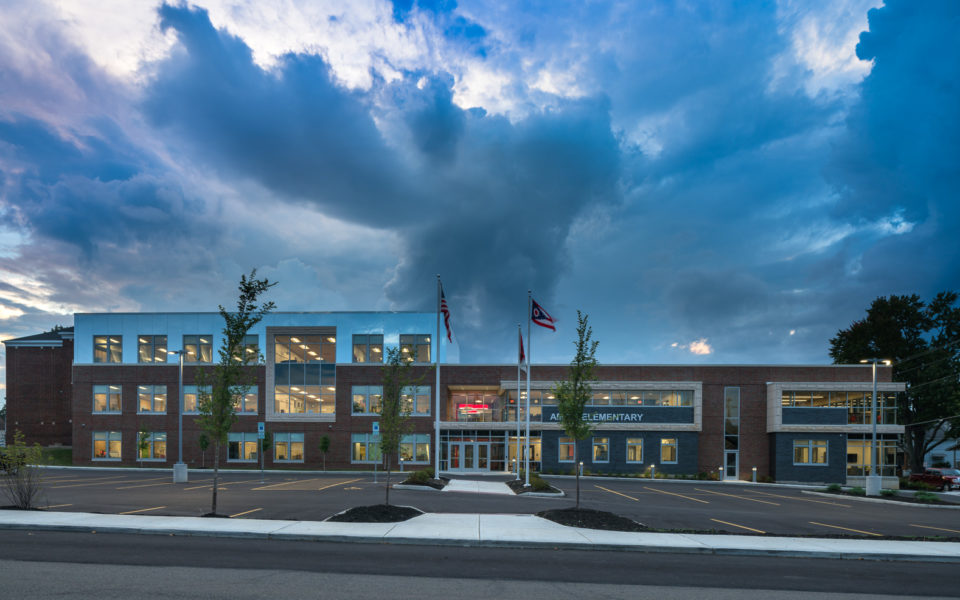 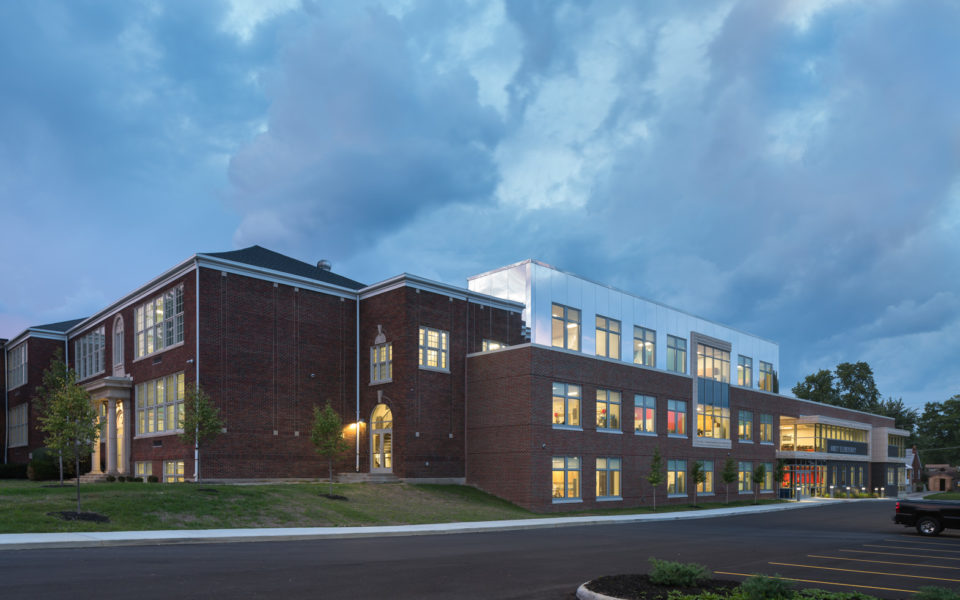 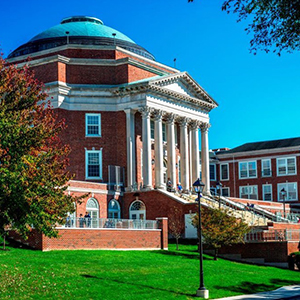 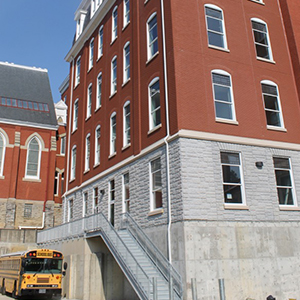 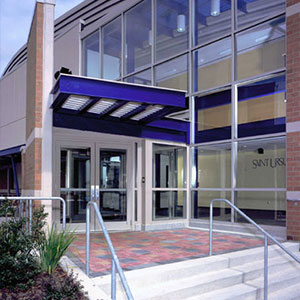 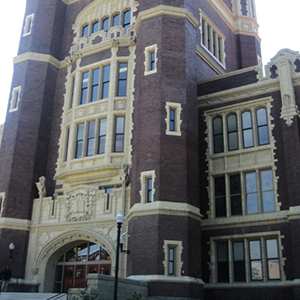 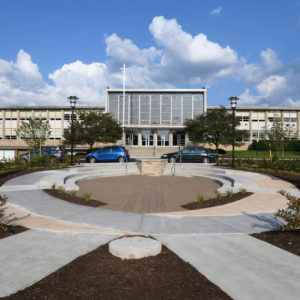