The Kinley receives Award of Excellence

HGC has a track record for winning these coveted Eagles

The Kinley is a stunning blend of modern flair and historic charm. The first floor retained its original terrazzo flooring, restored to its former glory. The guest room windows still have the original windows, with new storm windows added to increase energy efficiency.

Visitors to the Kinley will enjoy luxurious guest rooms and first-rate hospitality on the first floor. The lobby holds a coffee bar that transforms into a destination for spirits in the evening. Not only that, but the first floor holds Khora, the declared the most-anticipated restaurant of 2020 in multiple publications, including Vogue.

“There were many challenges that your team encountered while transforming an early 1900s building into a new hotel with a restaurant,” said Brian Parker of Vision Hospitality. “The development of the project, while maintaining historical components, was important to Vision and your team embraced the design and worked to maintain the smallest of details.”

Also recognized at the event was James Craig, a Foreman and  Team Lead, who was a Finalist for Craft Person of the Year. Craig was celebrated for his dedication to his craft and his service as a mentor and guardian to those around him. “People respect him,” says General Foreman Steve Lanham. “They’ve seen the work that he’s done, and they take his advice.” 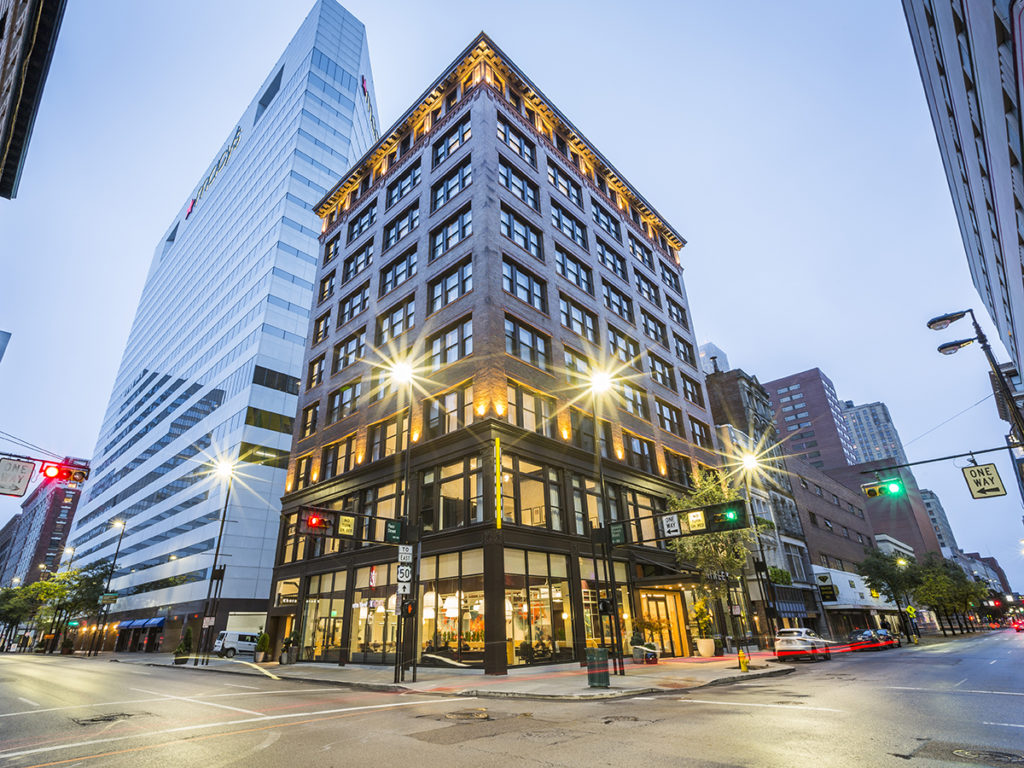 Want to join a team proven to deliver excellence? Check out our job opportunities and join a company that builds community, builds relationships, and builds each other. Join HGC and Build Every Day.